A Tale of Two Tours – Ed Sheeran and Taylor Swift

Taylor Swift and Ed Sheeran have data-driven prices; understanding your audience as road to success.

What do Ed Sheeran and Taylor Swift have in common? Beyond breakup ballads and impressive collections of musical accolades and exes, Sheeran and Swift dominated the charts for gross revenue from tours in 2018 (More precisely, Sheeran has broken records for the highest-grossing tour of all time), collectively taking in 1 in every 7 dollars spent on the top 100 tours of 2018. Even more surprising is how they were able to achieve this. Sheeran did away with VIP and meet and greet packages, selling tickets at prices below what is considered average for a worldwide pop tour, and performing at many smaller, more intimate venues. By contrast, Swift hiked prices significantly, to be one of the most expensive tours of 2018 and performed only at large-capacity stadiums.

Though the two stars took different paths to their record breaking numbers, they both have one striking similarity: The use of data-driven pricing strategies to identify fans, adjust prices to market demand, and squeeze out the secondary market.

Ed Sheeran’s massive Divide tour spanned two years and 258 shows across six continents, becoming the highest grossing and highest ticket sales for a tour ever with $776 million in revenue and nearly 9 million tickets sold. Despite these record shattering numbers, the average ticket price for Divide was only $86, below average for worldwide tours and coming in last in average ticket price for the top ten grossing tours of 2018.

Much of the tour was also spent in smaller venues and in cities not typically frequented by pop stars. A major innovation of his tour was the heavy use of Spotify listener data (It helps that Sheeran is also the most-streamed artist on Spotify) to identify where fans are, then sell tickets at prices tailored for that market. These tactics, along with other anti-scalping measures, are believed to have minimized ticket sales on secondary markets. Sheeran demonstrated that it’s possible to strategically lower prices and ultimately generate much more money. After so much success, he can look back at his sales charts and say “I’m in love with the shape of you.”

Taylor Swift To Ticket Scalpers: “Look what you made me do”

While Sheeran broke records with lower prices, Swift changed the tour game in a different way. Her 2018 Reputation tour raised prices significantly with tickets sold at an average of $119, one of the most expensive tours of the year. This was also Swift’s first all-stadium tour, meaning she completely eschewed performances at smaller venues. She also introduced a dynamic pricing system similar to airlines, which sometimes drove ticket prices to change by hundreds of dollars over the booking period. Despite criticism that her shows were dotted with blank space, she was able to easily shake it off after bringing in 40% more money on her Reputation tour than 1989 in 2014, and breaking the gross revenue record for any North American tour.

Why doesn’t Taylor care about having a sold out show, and how did that actually lead to more money?

The answer lies in the secondary market. I previously wrote about how on average, the listing price of a concert ticket on Stubhub or SeatGeek in the United States was 2.5x that of its original selling price. Concert promoters potentially have significant room to increase prices, and Taylor Swift seems to have noticed. By starting tickets at higher prices, Swift made the business of ticket scalpers less attractive and instead took their profits for her own. While a pop artist might find up to half of her tour tickets ending up on sites like StubHub and ViaGoGo, Ticketmaster estimates that less than 3% of Reputation tickets ended up on the secondary market.

Based on my own research, by charging higher prices, Swift captured an additional $1–3 million per show that would have otherwise gone to ticket scalpers. Higher prices may have left a few seats unsold, but that doesn’t compare to the money normally lost to the secondary market.

By now you should be convinced of the power of pricing when it comes to ticketing. Ed Sheeran and Taylor Swift both command impressive pop fandoms yet pursued oppossing data-backed dynamic pricing strategies in order to eliminate scalpers and find fans, producing record-breaking results. Event managers should take note and dance to the new tune.

th!nkpricing is a brand of Smart Pricer. We are making professional pricing accessible to everyone by offering a platform to understand, simulate, and optimize your pricing with machine learning-driven algorithms and advanced demand prediction.

Want to stay in the loop and become a #pricinghero? Subscribe to our thinkpricing newsletter to not miss any upcoming blog posts.

In the first blog post of our series, we talked about the chances that digitalization is providing businesses of all size. Early adopters with a new mindset on pricing are questioning pricing strategies to unlock unused revenue potential.

Companies are thinking about lifting their pricing to the next level and in our current digital age, with the huge potential of data analytics, it is easier than ever. Changing prices in real-time based on supply and demand is the innovation for strategic business development.

Amazon has taken the lead in Dynamic Pricing for e-commerce

Have you ever wondered why Amazon is the most successful e-commerce platform out there?
One of the success parameters of the e-commerce giant is its consistent offering of everyday low-prices of top-selling, high-visibility products while ensuring high profit margins margins by charging more for less price-sensitive items. As a result, buyers perceive Amazon as the provider for the lowest price, which is often not the case. 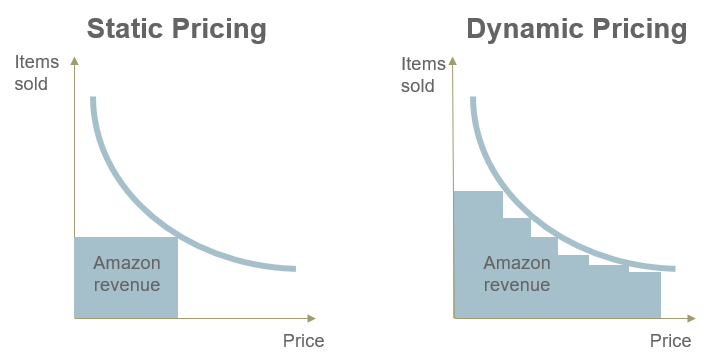 The secret of Amazon lies in their data-driven approach. Success stories like Amazon show that clearly understanding the impact of your pricing strategy is a critical capability for competing in today’s business environment.

The idea of flexible prices grows in many traditional industries

Amazon has mastered data-driven retail, but that doesn’t mean they can have all the fun. Data-based pricing is now easily accessible to ticket sellers as well. Sports teams, cinemas, attractions, ski resorts, and event venues are adopting a more taking their cue from Amazon and other retail business and dipping their toe in the waters of Dynamic Pricing. As always, some will lead the market, others will follow.

While the algorithm of Amazon cannot be used one-to-one for ticket sellers, other industries are now exploring the data in their own ecosystems to discover the best pricing strategy, adjusting prices to expected and real-time demand.

UCI optimizes prices as an early adopter in the cinema industry

After first the successful tests with demand-driven ticketing by Regal Entertainment in the USA or Cinema Park from Russia, UCI was the first cinema group in German to Dynamic Pricing nationwide in the middle of 2018.

In 2018, Disney World switched to dynamic pricing to better distribute manage the flow of visitors through their parks. With this new approach, the entertainment provider charges more for tickets during the busy weeks than at quieter times. 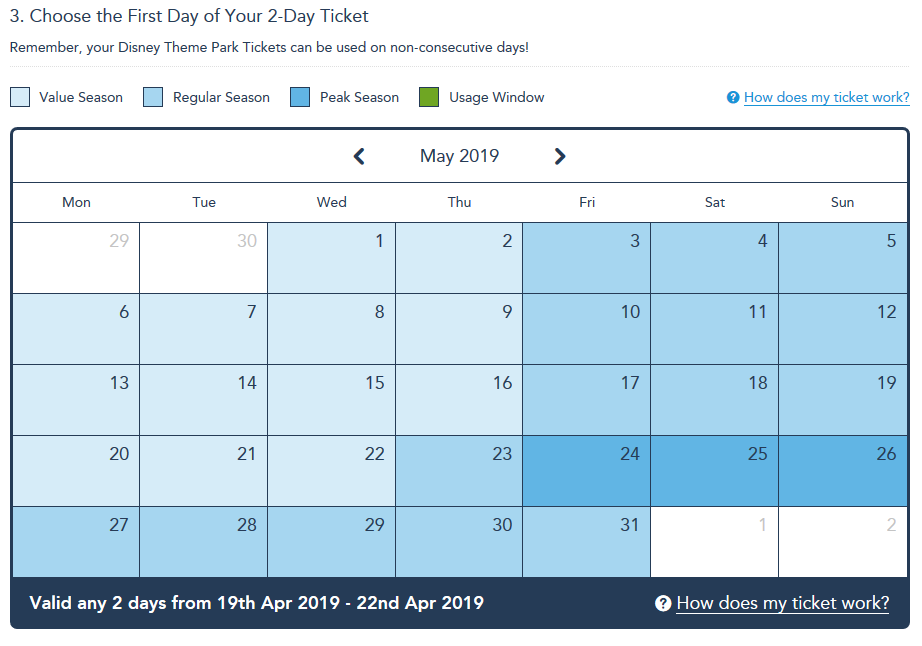 Tickets are sold in three different price categories based on expected demand: value season, regular season, and peak season. What’s more, the system encourages people to buy tickets further in advance.
The theme park explains the new pricing approach by showcasing the fact that the larger the number of people in the park the lower their expected returns The reason is that when the wait time for rides increase, people spend more time in lines than spending money on food, drinks and merchandise.

St Moritz Upper Engadin introduced a new smart pricing model for the winter season 2018/19. In the new model, the price for day and multi-day tickets varies according to demand. The prices is also impacted by the time of booking. Early bookers, those who purchase their tickets up to 15 days in advance, receive up to 30% discounts on their ski passes.

The mountain lifts have shown positive results with skiers accepting new flexible pricing model thanks to the attractive early-bird prices and transparent communication. 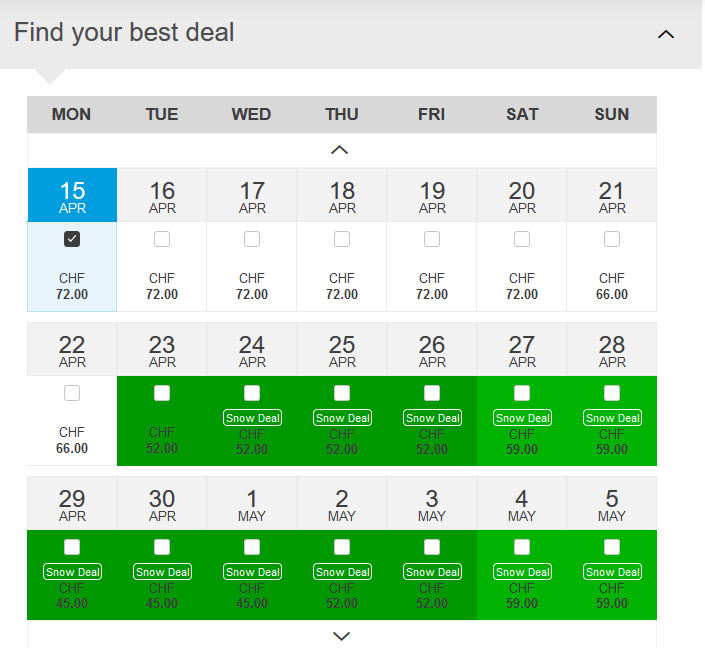 The extra promotion and discounts also lead to an increase in online share to an impressive 38%. This shows that skiers understand the benefits of the new promotions and use them. This has also eased the pressure on queues at the cash registers in the resort and made skiing a more relaxed experience.

Smart Pricer provides ticket sellers around the globe with the necessary tools to increase ticketing revenues, online sales, and off-peak attendance. Over 10 years of airline pricing experience and millions of ticket pricing optimizations make us the go-to pricing partner for Ticketmaster, FC Bayern München, UCI, and Zermatt Bergbahnen, among many others.

We are currently developing the new Smart Pricing Software Pricelabs. For more information and a demo of this new level price optimization software, please contact info@smart-pricer.com.

Read more from our blog series about the future of pricing:

Part 1: In times of digitalization, data-based pricing is not a choice, it’s a must

Get easy access to pricing knowledge straight to your inbox.

Thank you for subscribing. Please check your emails to confirm your subscription.

By subscribing to our newsletter, you are giving your consent to collect your information to provide you with news. No spam, unsubscribe anytime.